After releasing our butterflies last week, the boys were very excited to watch the life cycle of some ladybirds.

Ladybird larvae are mostly spiky looking creatures, described as looking like bristly crocodiles. They tend to be black with yellow, white or orange blotches on them depending on the species. After hatching from their eggs they eat the shells, and sometimes (to Ioan’s horror) their unhatched brothers and sisters. For the next 3-4 weeks they will eat aphids and grow. As they grow, they will moult their skin 3 times.

This was the moment our ladybird larvae arrived. Within seconds of observing them, the boys realised that in their life cycle prediction, they had got their larva and pupa figures mixed up.

They made a concertina fold, sometimes referred to as a zig-zag fold, in some strips of paper. This makes more surface area for the next stage of the life process, where the pupa will often attach to the underside of one of the folds.

We put the shredded paper that came in with the larvae, in to the bottom of our Ladybird World. Ioan gently brushed the remaining larvae in with a paintbrush

He was very sure to make sure to make sure the lid went on, although excited to observe the larvae, he didn’t want any escapees. They both predicted how large they thought the grown ladybirds would be. When we got out a ruler afterwards, Ioan thought they might grow to 2cm and Finny was convinced they would be the size of the adult ladybird figurine, measuring in at 6cm.

After measuring, we realised that our larvae are currently 3mm long.

Our larvae had arrived earlier than we expected, so we hunted for some aphids on our daily walk.

Aphids are sap-sucking true bugs. They range in size from 1 to 7mm (¼in or less) long. Some aphids are known as greenfly or blackfly, but there are species that are yellow, pink, white or mottled. It is usually possible to see aphid colonies with the naked eye, many species colonise shoot tips, flower buds and the underside of younger leaves.

On our sunny walks, leading up to the arrival of the ladybird larvae, we had spotted lots of aphids (below left). Typically, on the day the larvae arrived it was a raining. The wet leaves made it harder to find the aphids, but we found ours under the leaves of some nettles (below right).

All three boys were excited by the process. They let Cian (18 months) use the paint brush to stroke the empty containers before we started. This meant Cici felt he had done his part.

Before adding the aphids to the Ladybird World, we observed them for a while.

Finny very carefully used his tweezers to transfer the nettles in to the Ladybird World, taking care not to get stung.

Finny researched his question, “Do greenfly get stung by nettles?”

“The stinging nettle is one of the most important native plants for wildlife in the UK, supporting over 40 species of insect.

This may seem strange given the stinging power of the nettle but it is the presence of the stings that has allowed the relationship with numerous insect species to develop. The stinging hairs of the nettle developed as a defence against grazing animals. So effective are they that few grazers , with the exception of goats and hungry sheep, will touch nettles when the stings are active.

This makes the ideal habitat for insects as there is little danger of the adult insects or larvae ending up in the stomach of a cow! Insects can also move between the spines without activating the sting.”

See the post from ‘Be Nice To Nettles’ here.

Ioan used the paintbrush to transfer the last of the aphids.

At this stage the ladybird larvae were only the same size as the aphids.

I was videoing the ladybird larvae, when I captured Finny asking where the ladybirds get their moisture from. Having read up about ladybirds, Ioan was very confident with his answer.

We now can’t wait to observe these larvae, and then release the ladybirds, in the coming weeks. 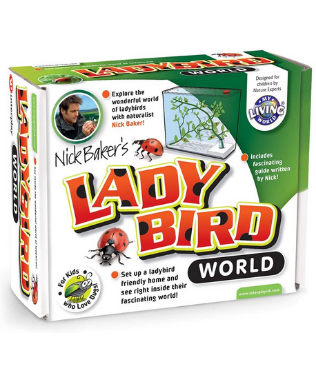 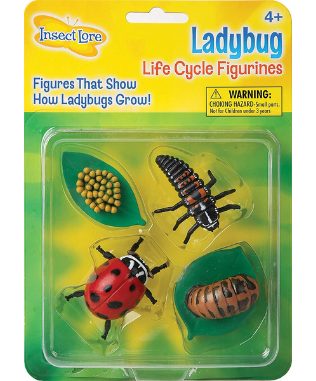 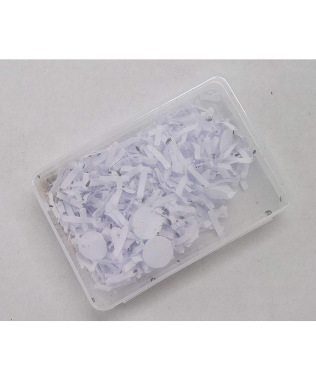